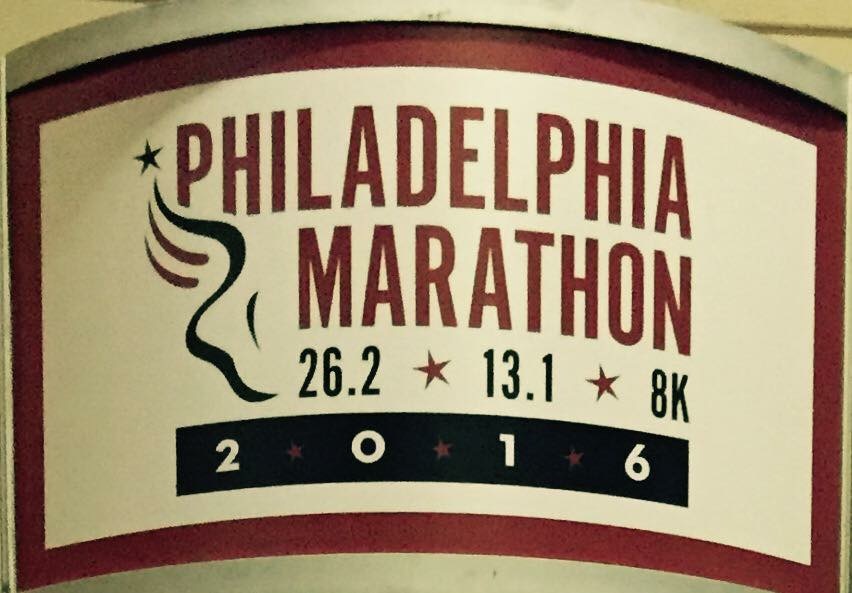 My day started with getting up at 4:35 although my alarm was set to go off at 4:45. I had a horrible night sleep due to frequent bathroom trips and never really getting into a deep sleep. I dreamt that I had completed a 30k trail race at a ski resort, which I hoped was a sign of good things to come.I prepared oatmeal in the room along with coffee and got ready. I had a prepped bag to check for post race along with a throw-a-way sweatshirt. 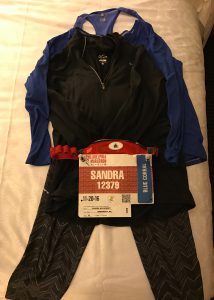 Francine, Aimee, and I headed down to the lobby just after 5:30 and were greeted with water and bananas and a few shuttle bus volunteers. We were directed to “the middle bus” which was quite full and warm. Shortly after boarding, we departed for the start line. The ride was short and we headed to Logan Circle to meet up with Dimity and the other BAMRs for silly toes. 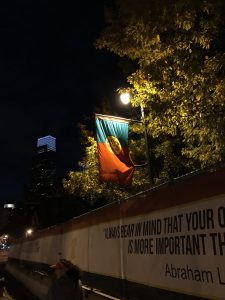 Afterwards, we dropped our bags to the large trucks which were alphabetized by the first 3 letters of your last name. We then headed to the portapotties where we met up with another BAMR, Monica from Denver. The national anthem was sung while we were in line. After a quick group selfie, we headed to our respective corrals. 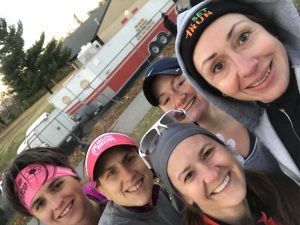 It was sunny, 39* and 19 mph winds at the start, which made it feel like 30*. I started with Jennifer Z. and Stephanie H. in the blue corral. 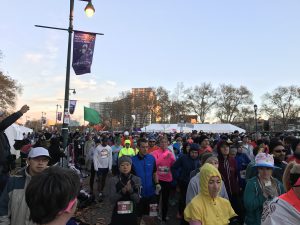 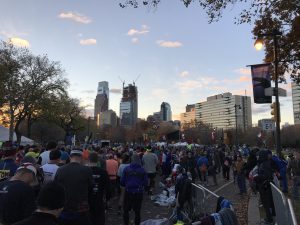 I ran with Jennifer for a few miles before she set off ahead of me. I hooked up with another girl (?Greta) for a few miles, who had done an Olympic triathlon but no more than a 10K. I left her after mile 8 and then was on my own. 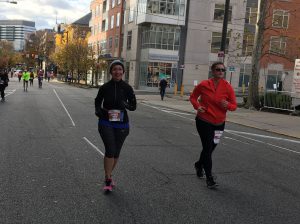 I saw Melissa near our hotel just before mile 8 where she took these pictures. 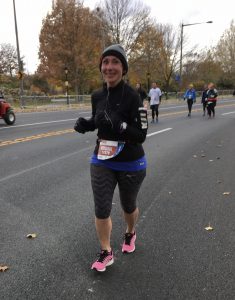 The weather was sunny, cold, and light wind for the first half. My nutrition was on the hour, every hour and I took in ½ Honey Stinger waffle or a mini Larabar each time. I took water at most stops as I walked through them. The hill up to Please Touch Museum was a long one and exposed towards the top.

I passed so many people from that point on and the only people who did pass me were those who went off course to pee and then jumped back in. I enjoyed miles 12-13 by the river facing downtown.
The clouds increased and the second half felt much colder and significantly more windy. 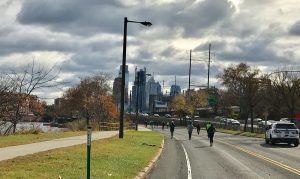 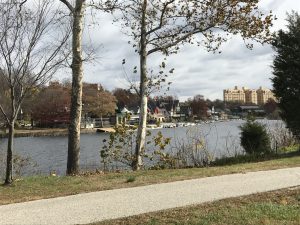 It was hard to go by the art museum and turn towards Kelly Drive and see all the runners coming towards the finish line with all the spectators facing them. I saw Melissa, Dimity and Tamar at mile 15/25 and yelled across the street to them. Miles 15-18 felt long, but once I was past Falls Bridge, things changed. as I approached Manayunk, I felt strong. There was great energy and quite a few different groups cheering us on including a beer stop, candy, and orange slices (which I did not partake). There were some funny signs that made me laugh and lots of police presence at all intersections so I thanked many officers. In general, there was a large police presence in the city all weekend. The police motorcycle motorcades were kind of ominous and the huge crew of police bicycles was strange.

As far as my numbers go, I had programmed my Garmin with a workout based on HR caps, but at the start line, I just pressed start and immediately was beeping because I was >140. I stopped my Garmin and chose the workout labeled Philly marathon. After about 4 miles, I wanted to change my screen display, but instead hit the lap button, which then put me ahead of where I should be. I then stopped my Garmin and saved the workout as part 1. I ended up turning off the heart rate alert and just ran monitoring my numbers. In the end, my average heart rate was 181. I progressively increased my heart rate every hour since I was no longer following a specific workout.

I went into this marathon with no specific time goals. I wanted to be part of the BAMR fun and finish feeling happy and healthy. I had no physical issues and so I accomplished my goals. Thank you to Melissa and Dimity who stayed at mile 25 to see me.