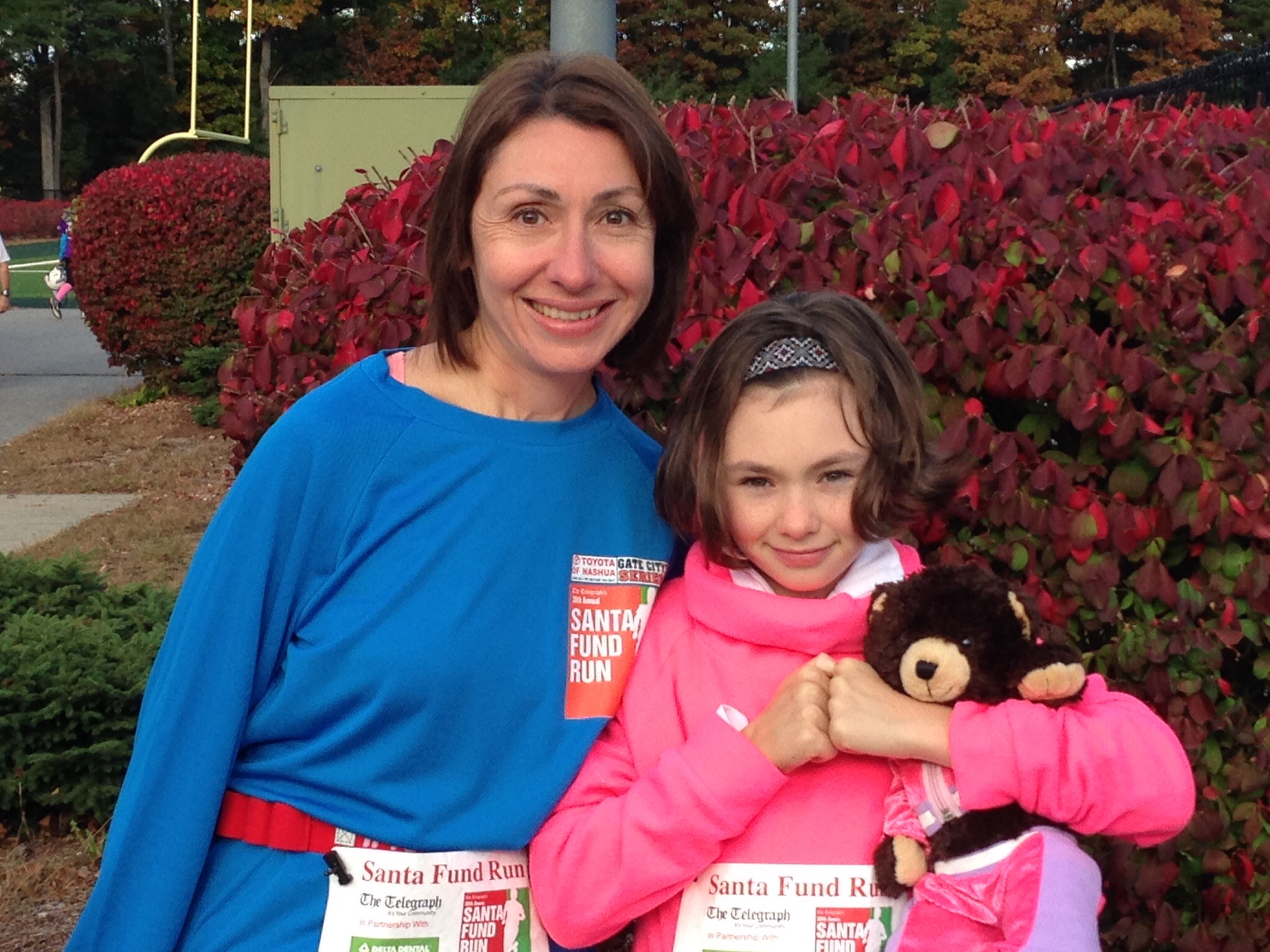 This was my first race since my 1/2 marathon 2 weeks ago and I had only run once [less 3 miles] since then. My focus was on rehabbing the back of my right knee [? hamstring] with yoga and I think that helped. The morning was a chilly one with temps in the mid 40s and a light wind. I decided to wear the race long sleeve tech shirt, my favorite capris and running socks and chose to switch out my sneakers to my New Balance [which I wore for my 1st half]. I had a cup of coffee and half of a cinnamon bagel about 1 hour before the race. The beauty of running local is that you can have a somewhat restful night sleep [if you don’t drink a ton of water the night before and have to wake up 3 times to use the bathroom]. We arrived at the Nashua YMCA about 1/2 hour before race time and met up with my bestie, Sarah and her son, Sam who was going to be running with Brenna [thank goodness because running with her can be challenging]. 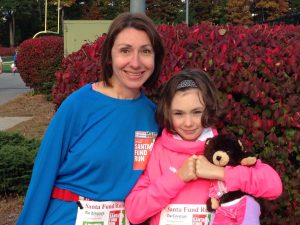 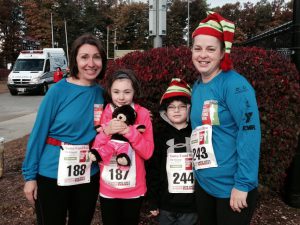 Stellos Stadium was open and had bathrooms for us to use [a huge plus!]. It was quite chilly to start, but I had made good choices for gear, except I forgot my wrist band [for my runny nose]. The gun went off and we were off. Brian couldn’t see us, so there are no “start” pictures. Once I passed him, I was off and passed many people. The course was different than that posted online, so I was thrown off a bit to start, but it was fine. My first mile was good, but not at a PR pace, so I pushed a little harder and had a better second mile. I had forgotten about the hill at the end of the trail, but managed to push ahead knowing that if I were to slow down, a PR was out of the question. I forged ahead and told myself that once I got on the road, I would give it all I got and I did. My Garmin had me at <7:00 pace at one point, but something happened with my Garmin and it had me at the end only having done 3.01 miles. In the end, I was not sure if I had gotten a PR, but thought it was possible. I was ecstatic when I saw my instant results. I beat my PR by 12 seconds!