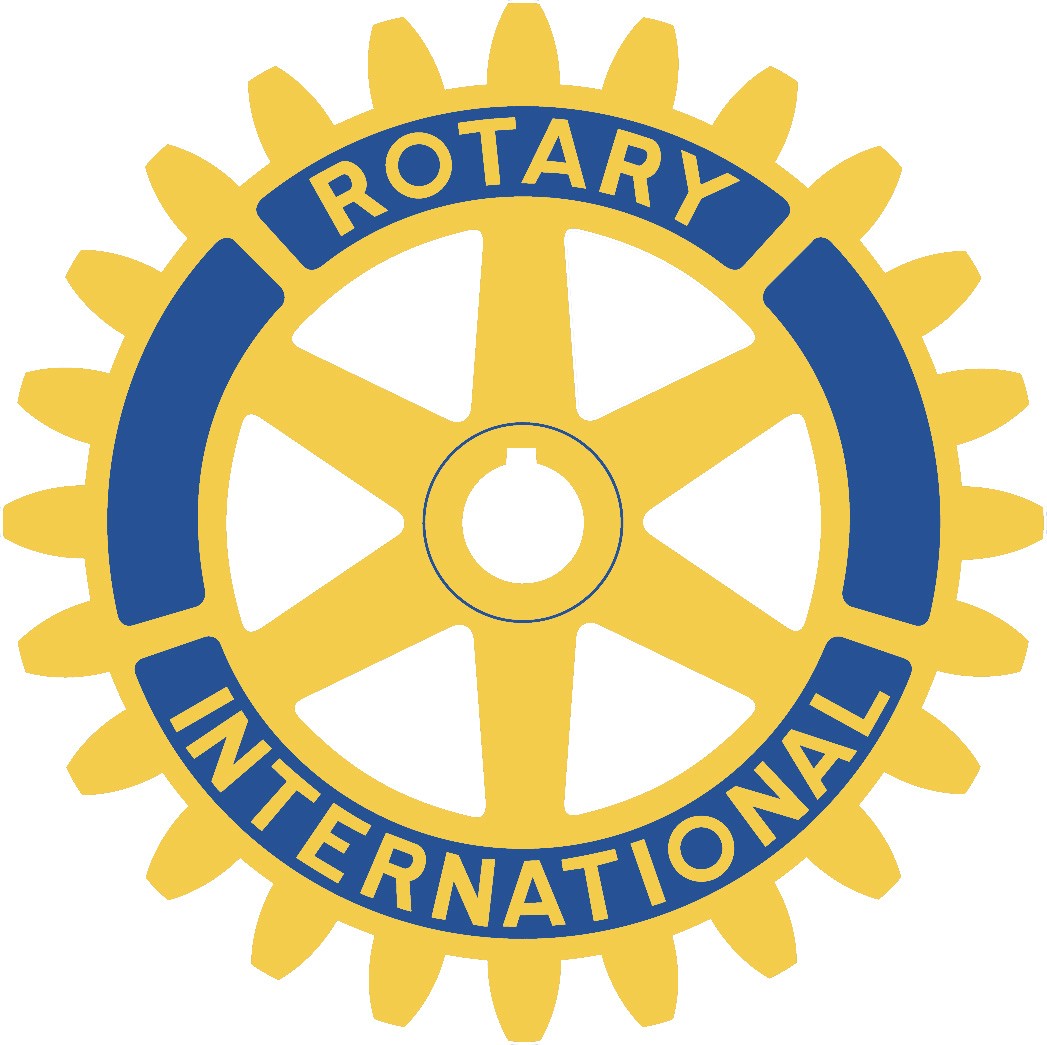 While I typically plan out my races weeks and months in advance, this one was different. Although I knew about this small local race for months due to a co-worker’s involvement in rotary, I had no intention of running it since my plan was to run the VCM [which was 1 week earlier].  During the Memorial Day weekend, a discount code was offered and I took advantage of it given that the race is close to home [about 3 miles], inexpensive [final cost $22.75] and a trail race, which is something I want to do more of.

So, on Sunday, June 4, 2017, while Brian’s parents were visiting, they stayed home with Brian and Brenna while I went off to race on my own. I have gone to a race without them, but either have gone with friends or met up with friends. For this race, I was totally on my own.  Shortly after leaving the house, I realized that I had forgotten my headphones. I had prepared for the race by charging them and inadvertently left them hooked up! Even though I was probably less than 2 miles from home, I decided not to go back since I had not left much time to park, get my bib, use the porta-potty, and such. I almost never ‘run naked.’

I arrived around 8:30am at Alvirne High School and parked in the main parking lot, assuming that is where I should be, given the few people i saw parked there and then walking down the road towards Historic Hills House. There were maybe 20 cars in the lot and I thought to myself, “OMG. This is going to be such a small race.” Last year, 27 people ran the 5k and 15 people ran the 10k. Before leaving for the race, I had joked that I might come in last for the 10k!

Packet pickup was so easy with only 1 table and virtually no line. I quickly got my number and pins, a Gatorade water bottle as well as a reusable shopping bag and jogged back to the car to drop off the bottle and bag. With little time to spare, I jogged back to the start area to use 1 of the 2 porta-potties. There were less than 10 people in front of me, but nonetheless it was not quick. My co-worker came up to see me and brought me a water. He told us that they would not start the race without us. Good thing because it was a gun start – no timing mat at the start. 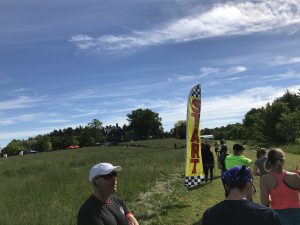 All runners started together in the field. We faced a hill almost immediately that had people walking up it. Once we did a loop around the house on the field, we entered the woods. We ended up doing a similar loop many times with us going back into the woods at 2 different spots 4 different times. Honestly, I would have preferred more time in the woods on the trails and less time running on grassy fields. As far as the trails go, they are used by the high school cross country team and apparently they don’t like for others to use them because they are technical and students have gotten hurt on them. I did not find them very technical but they were hilly (239 ft elevation gain) and muddy at times. 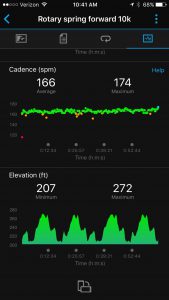 There was one water stop on the grassy field loop and a few gentlemen in the woods on the course. The course was well marked, so I had no problem running alone for the last few miles. Once the 5k runners finished, there were very few runners on the course. 63 ran the 5k and only 30 ran the 10k, with most of the 30 in front of me. At one point, I did think that I might be last, but then I saw a women in pink ahead of me and I eventually passed her at 4.5 miles. Only 6 runners finished after me! 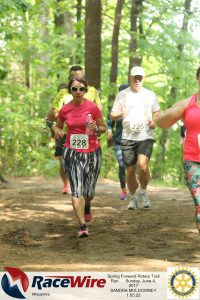 It was 64* and sunny, which felt quite warm to me and I was grateful to get some relief from the sun when we were in the woods. I ran with a water bottle, which I drank half of. I had no expectations for this race and just ran by feel. I was confused at the end when I was finishing and I only had 5.86 miles recorded on my Garmin. I yelled at one of the timing people and he just looked at me. It may be that my Garmin lost GPS while I was in the woods and therefore my mileage was off.

Thanks to the race organizers I got free pictures through RaceWire, which had photos and results easily available.

The final results are funny. I won my age division!!! [I have sent them the correct information since the initial results were posted.]